More in the Series – Olivia
“More in the Series” scores the other books in a series where one (or more) of the books have made it into the 1001 Books list. Mostly because I’m a bit of a completionist. 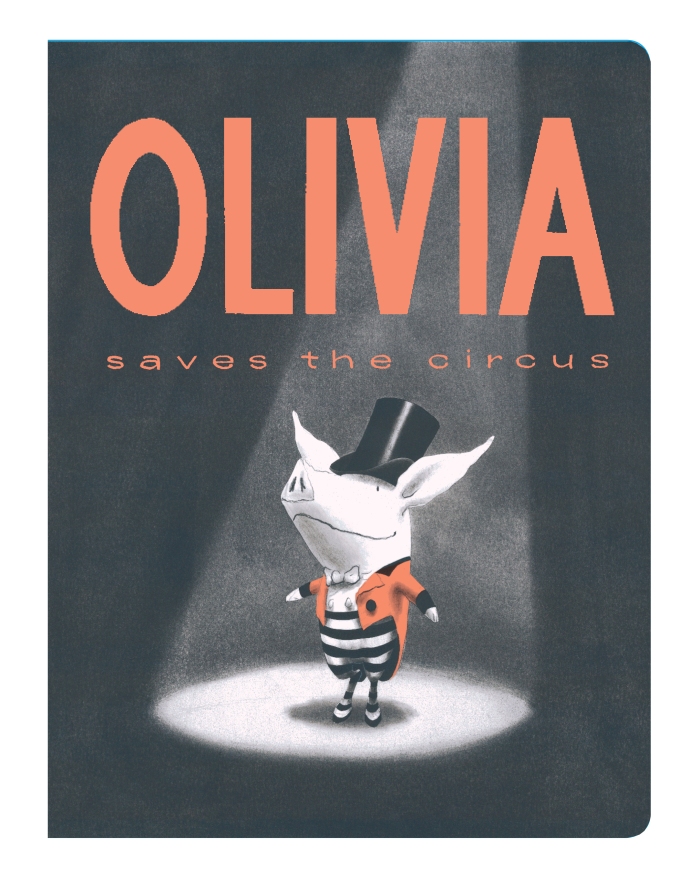 This was our second foray into the Olivia books, and she’s just as charming the second time through. Once again, the book is a tribute to the power of imagination. Olivia tells a story in class about going to the circus and saving the day, playing all the parts in the circus because everyone is sick “with ear infections”.

On being asked by her teacher if it’s true, Olivia says yes, “to the best of my recollection”. The teacher looks mildly exasperated, as if this is the sort of conversation they have a lot.

I’m the parent to a child with an extremely active imagination, who frequently tells me stories that are “really true, Mommy”, and only when I push him on it, does he respond, “not really, but we’re just pretending”. So I am familiar with this sort of thing. 😉

My little storyteller was quite taken with this book. When I asked him if he thought her story was true he responded, “No, I think it’s just pretend.” But I definitely felt like he related.

The book kind of passes the Bechdel, if Mummy qualifies as a name, but since it’s a kids’ book, I’m counting it. (If you’re not a parent you may not yet have discovered that to kids you’re always only ever “Christopher’s Mum!”. It’s a thing. Kids seem to tend to see adults only in relation to other kids a lot of the time.) There’s no diversity to speak of.

I love the gentle, smiling portrayal of imagination. It’s great. The imagery is very simple, much like the first book, but it works.

Olivia is a pretty cute book about a rambunctious little pig-girl. She has boundless energy which results in her frequently wearing people out (most notably her mother). I’ve given it the Bechdel, even though “Mummy” isn’t a real name, because it kind of is in kid-world. All the characters are pigs though, so there is no real way to measure diversity.

It’s neat though. Olivia is a fiery little girl who gets into mischief, paints on walls when she shouldn’t, makes truly epic sandcastles, and obviously has quite an imagination. There’s quite a lot to her, given how simple the book is, which is pretty cool.

And it has that “you’re a ratbag but I love you” thing going on between her and her Mummy, which is one of my favourite things. The relationships between Olivia and her parents, and her little brother Ian feel really genuine and believable, which is always nice. In real life even the best families sometimes get sick and tired of each other, but there is always that underlying love. And that’s the important thing.

The illustrations are fairly sparce (lots of white space!) and simple, but they still manage to complement the text, and add to the story.

It’s a cute book. Worth a read.

Christopher’s Choice: Each week, C gets four or five books out of the library, and picks one as his favourite, and I review it. This is this week’s choice.

Honestly, I was a bit surprised he picked this one. When I asked him why he liked it, his reply was simply, “Pigs are funny”. So there you go. Five year old criteria. 😉

This is a simple tale of why you should tidy your room, basically. Wendell doesn’t want to tidy his room, and his mother’s response is basically that if he wants to live in a pigsty that’s his business. This takes a literal turn when two pigs move in. Over time as the room gets grosser and more dirty, more pigs arrive until eventually Wendell can’t stand it any more, and goes to his mother for help. To her credit, she just says that his room is his responsibility. So he enlists the pigs, and they clean it up and the pigs move out.

Yay, kid morality tale. No Bechdel pass – the only woman is his mother. No diversity. And one very obvious “message”. I mean, you know, I’m not averse to my kid digging a story about why you should tidy your room, though it doesn’t seem to have made him more inclined to do so. It is, I guess, a nice relateable dilemma – wanting to live in a clean space but not wanting to make it be that way.

I did like the responsibility thing. We have a lot of that in our household – things he is responsible for. I like that the Mom stood her ground on that. Teaching kids responsibility for themselves is always awesome. So I did give it a point for that.

It was cute. It wasn’t my favourite of the week, but it was okay. And apparently pigs are funny. So there’s that. 😉