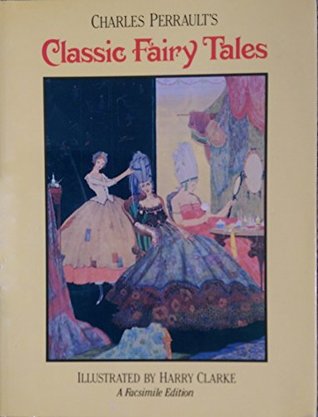 I happen to have a pretty impressive collection of fairytale and folklore books. I picked this one up in a second hand bookstore somewhere in England, I believe.

It’s a weird one to read to a kid in 2019, because the language hasn’t been updated. So there were a lot of things he didn’t understand. However, there is something about the rhythm and cadence of the language of this book (originally published in 1922, and, even then, trying to retain a sense of Perrault’s originals) that makes up for the weirdly archaic language. He sat still and quiet through long, difficult stories, and followed the gist just fine.

It’s so difficult to rate these kinds of books on a modern scale, since they are very much products of their time. So there is a lot of 17th century France entangled in the tales, despite them mostly being fantastical. Those 17th century mores edge their way in. 😉

My kid is fascinated by folklore and fairytales (wonder where he gets that from) so he enjoyed this, but I think a lot of children would probably find it fairly impenetrable. May be better to get an updated version unless you also have a little folklore nerd on your hands. As with all fairytales, be prepared to explain some odd things. Explaining DonkeySkin to an eight year old was… interesting.

But I maintain that reading these ancient tales to your kids is good for them. It gives them a sense of the history of story and the threads that have been there for centuries. C is already making connections between different traditions – like the beast bride/groom trope. It’s pretty great to see.

In short, not remotely in line with modern ideology, but there is still a lot of value here. 🙂